How well do you know your game? Like Call of Duty for instance? Of course, avid gamers would already know that this franchise started out as PC game, but eventually expanded to other gaming consoles. And it has been established as the leading video game for 15 years!

But did you know there are other interesting facts about this popular game?

Stick around as we are going to tackle more about this topic in today’s gaming guide.

COD Black Ops is considered as one of the most successful installment in the game’s franchise. And due to its success, it also helped the Rolling Stones band to gain a boost in music sales when their hit song “Gimme Shelter” was featured in the game trailer.

When COD Modern Warfare 3 was released, it managed to make $775 million in the first 5 days! That’s more than the earnings made by Avatar, the second-highest grossing movie of all time. And the whole COD franchise is worth than Avatar, The Avengers, and Titanic combined.

A Hit To Gamers Around The World 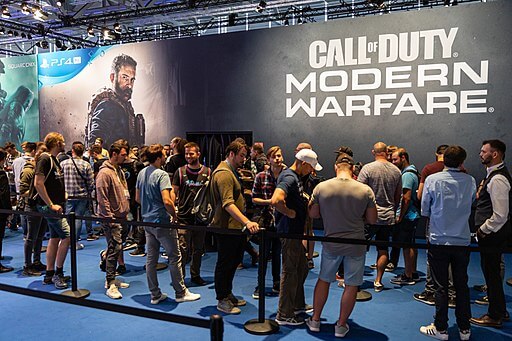 Not only is Call of Duty a moneymaker, but it is one of the most played games worldwide. To be specific, the gaming community spends at least 1900 years of their combined time just playing the COD game every day.

And if you’re wondering about the total time played since its inception, well that’s a whopping 25 billion hours or 2.85 million years – more than the time that humans existed on earth!

Logging In To The Millions

The total player logins of gamers for Modern Warfare 2 and Black Ops is 5 million. That’s more than the population of New York, Los Angeles, and most cities in the United States.

COD has been known to combine elements of historical facts with fictitious storylines in their games. It even sparked a controversy when the representatives of Manuel Noriega, the former de facto ruler of Panama, sued the developers of the game for portraying a version of this dictator without permission.

Oh Let Me Be Your Teddy Bear

One of the longest-running tokens of the game is the teddy bear. And over the years, a lot of gamers have made theories about the appearance of this unassuming toy. One popular theory is that the teddy bear homage item to the producer’s deceased daughter as she departed at a very young age, and this was her favorite toy.

In a research paper featured in Current Biology, it was found out that people between the ages of 18 to 25 who play FPS games like COD developed mental sharpness and faster decision-making skills. So it goes to show that video games also boost mental functions.

And finally, researches have also determined the effects of Call of Duty in improving spatial awareness and a better sense of focus. These skills are necessary so you will remain safe while driving your car on the road.